What is a Vacuum Tube ?

In electronics, a vacuum tube (U.S. and Canadian English) or (thermionic) valve (outside North America) is a device generally used to amplify, or otherwise modify, a signal by controlling the movement of electrons in an evacuated space. For most purposes, the vacuum tube has been replaced by the much smaller and less expensive transistor, either as a discrete device or in an integrated circuit. However, tubes are still used in several specialized applications such as guitar amplifiers (also called a valve amp outside the U.S.) and high power RF transmitters, as a display device in television sets and in microwave ovens.

Vacuum tubes, or thermionic valves, are arrangements of electrodes in a vacuum within an insulating, temperature-resistant envelope. Although the envelope was classically glass, power tubes often use ceramic and metal. The electrodes are attached to leads which pass through the envelope via an air tight seal. On most tubes, the leads are designed to plug into a tube socket for easy replacement.

The simplest vacuum tubes resemble incandescent light bulbs in that they have a filament sealed in a glass envelope which has been evacuated of all air. When hot, the filament releases electrons into the vacuum: a process called thermionic emission. The resulting negatively-charged cloud of electrons is called a space charge. These electrons will be drawn to a metal "plate" inside the envelope if the plate (also called the anode) is positively charged relative to the filament (or cathode). The result is a current of electrons flowing from filament to plate. This cannot work in the reverse direction because the plate is not heated and cannot emit electrons. In it's simplest form a vacuum tube can be created to operate as a diode: a device that conducts current only in one direction. A    third element called a "control grid" can be  added to the design which provides the ability to amplify a signal.  Other configurations are also possible including the Pentode, a tube with 5 active elements  providing an additional amplification factor.   There are a large number of tube varieties and uses.  This is only a very brief overview and we suggest consulting additional resources if you are interested in additional information.  Some Information provided by wikipedia.org. 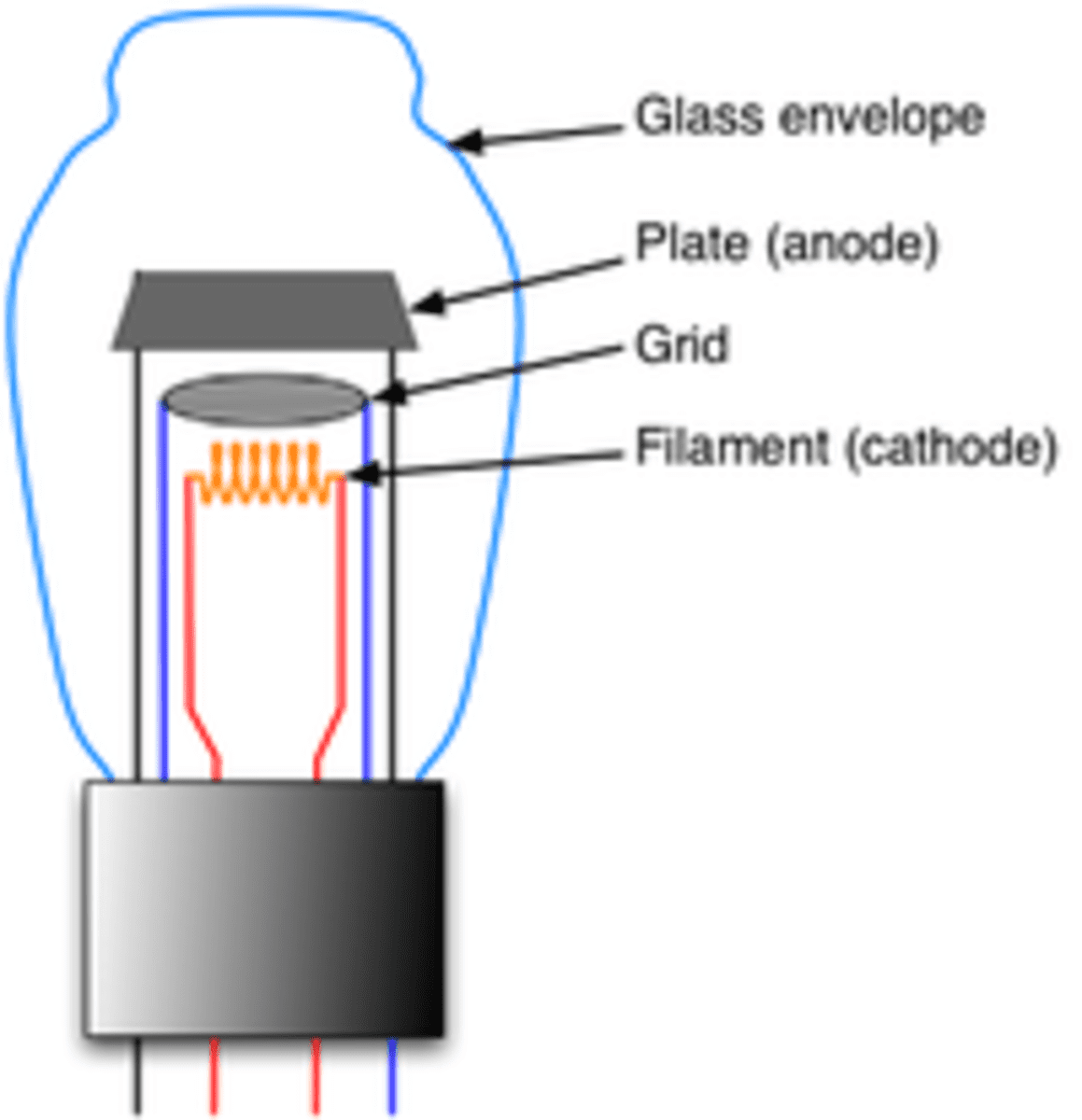 Most good guitar amplifiers  use  tubes rather than  solid-state components.   Why tubes ?  The amplifier is a critical element in achieving the sound the musician desires.  Tubes provide the   tone that musicians want.  Tube amps are warmer, richer and have a more desirable tone than solid-state amps.   The distortion and speaker-damping characteristics of a tube amp with an output transformer matched to the  speaker load is hard to replicate with  solid-state devices.   Tube amps are particularly  popular with serious  musicians.  Many musicians prefer to play vintage Fender, Marshall and Gibson amps.  Replacement tubes and transformers are readily available for these amps however there are many boutique amp manufacturers making new tube amps with a vintage sound.

What is an Amp Transformer ?

A transformer is an electrical device that transfers energy from one circuit to another by magnetic coupling with no moving parts.  It consists of a minimum of two coils, the primary and the secondary, wound on the same core.  An alternating current in one winding creates a time-varying magnetic flux in the core, which induces a voltage in the other windings. Transformers are used to convert between high and low voltages, to change impedance, and to provide electrical isolation between circuits.  This is useful in converting the voltage from a wall outlet, typically 120 or 240 volts, into a higher voltage required by tubes in tube amps .   typically 400V or more, and a lower voltage for the tube filament, typically 6.3 or 12.6V. There are several transformers used in tube amps.  Some information provided by http:// en.wikipedia.org /wiki / Transformer 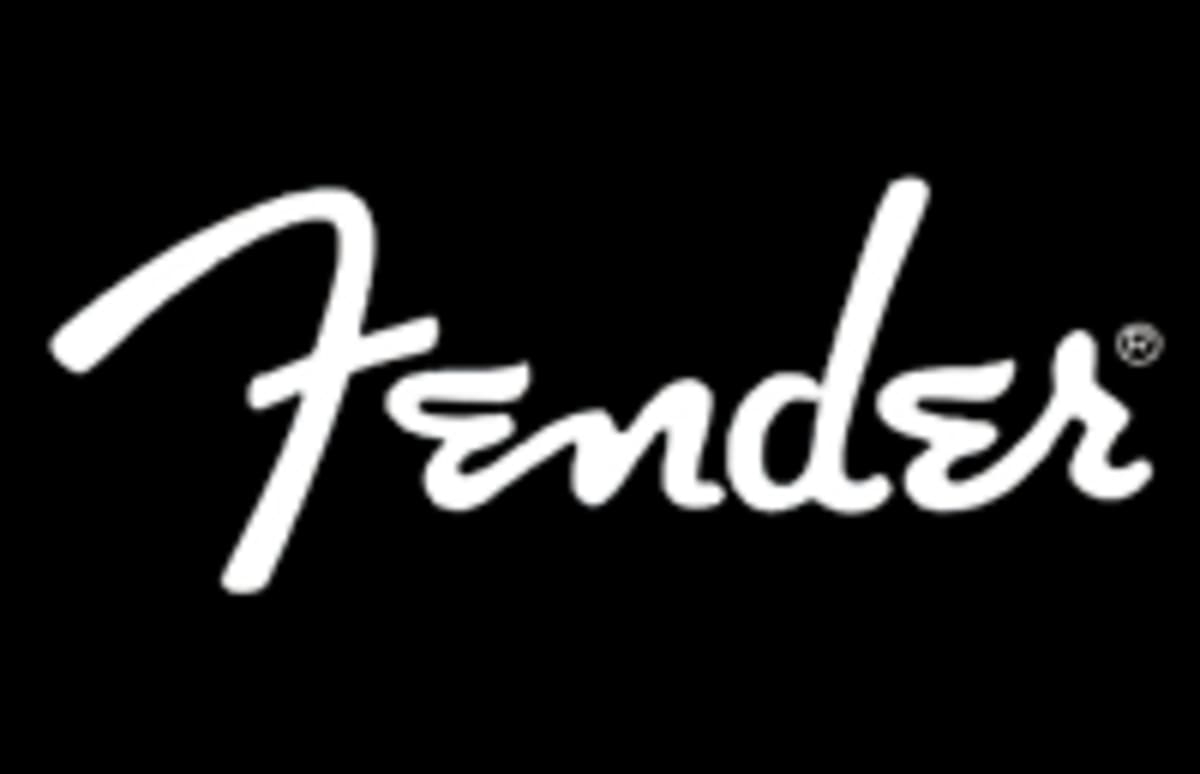 Look inside the amp (but don't stick you hand in there, even after being unplugged the amp may retain a dangerous electrical charge), there should be a tube chart on most amps.  On this chart there is a hand stamped date code consisting of 2 letters.   For example AD would be April 1990 and DG would be July 1954.

Disclaimer: These charts are for informational purposes only and are not a substitute for consulting your amp tube chart, amp repair shop and amp manufacturers instructions.  We are not responsible for typographical errors, inaccuracies and omissions on this web site.  Amps should only be serviced by a qualified technician.